The anime gundam and dofu maker collaborated to release dofu anime which started selling from 28th-March for a limited period. Animes making their way into the realistic world ＼（◎o◎）／

The work is known as “zaku doufu”, taking the head portion motif of character “zaku”, that appears in the anime Gundam. The response was so overwhelming that the dofu were completely sold out in many shops since its release.

“Zaku dofu” costs about 200yen per pack for 200grams. It is selling in most convenience stores and supermarkets in Kanto areas.
I shall try to get one after everybody got tired of it (^ _*). 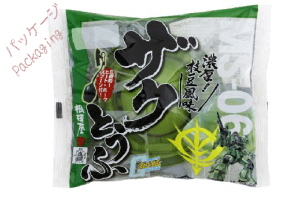 The vivid green color container certainly looks close to the anime zaku. And amazing! They did not forget to add in the red EYEBALLS!
At a glance, I thought it looks more like an UFO to me. It looks more like a helmet now after closer observations m(＿ ＿)m 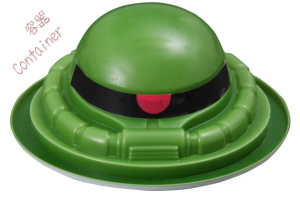 Green color is the theme and here it is, the dofu is green in color too. And yes, the shape remains intact too! Wow, Cool! The taste is green soya and surely it looks delicious enough. 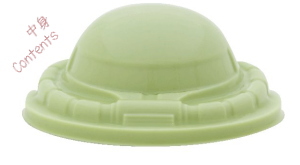 ** For your information, this is how MS-06 zaku in gundam anime looks like. ** 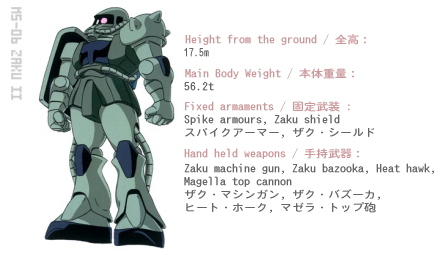