According to the Chinese Zodiac, Year 2011 is the year of the rabbit.
How time flies… Today is the last day of Year 2011. In just a few hours time，the rabbit ornament that has been lying in my office for the past one year has to make way for the dragon.

Mr. Rabbit will be cleaned, wrapped and kept where previous animals that had completed their jobs are currently housed. He reminds me that I am going to be an year older again (;_;) 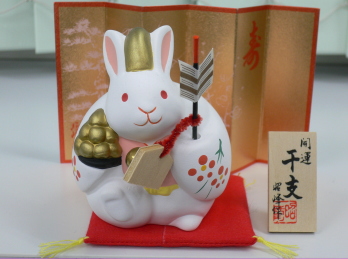 Mirror shape rice cakes make their appearances near to New Year. These rice cakes which usually come in two-tiers are considered to be an offering item to god during the New Year. To the Japanese people, 28-Dec is an auspicious day to display the mirror rice cake.

Designs to include ornaments of oranges, Japanese beckoning cat (Maneki Neko), representative animal of the Year (following the Chinese astrology of 12 Zodiac animals) sitting on top of the rice cake is fast becoming a standard. This culture most probably rings a bell. Do not be surprised that actually, occasional parts of Japanese cultures are identical to that of Chinese ones.

After some considerations, I opted for the Japanese beckoning cat which is largely believed to bring good luck. ‘MONEY MONEY MONEY’ — I want to strike lottery ($ $)! 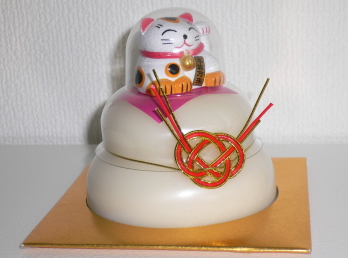 Continuation on the pickups of the Top 3 toners (skincare category) for Year 2011, selected by @cosme. The awards went to the following 3 items. In addition, the skin type of users who use these products are being consolidated (refer to be graphs). Hope these information helps. 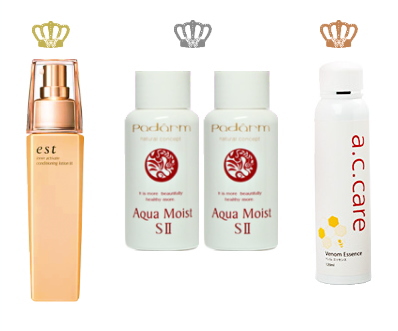 Currently residing in Kamakura’s Hasedera temple is the famous stone statue of children’s guardian deity. It enjoys popularity because of its cute, smiling face. 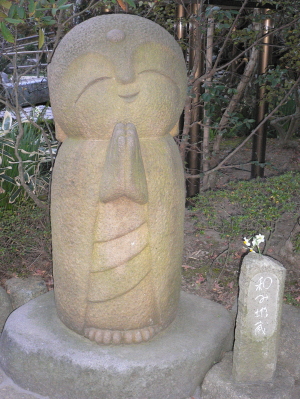 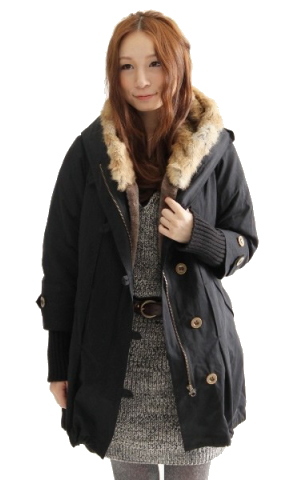 This M coat is enjoys popularity with its voluminous rabbit fur.
It comes with a removable liner which keeps you real warm during the winter. The liner attached with a lib, is designed to have its sleeve longer than the actual coat, so it looks very stylist.
As the coat has shorter sleeve, removing the liner is another way to play around with fashion.

A Merry Christmas to everyone.
The varieties of cakes had not ended.
So here is a continuation from yesterday’s post. 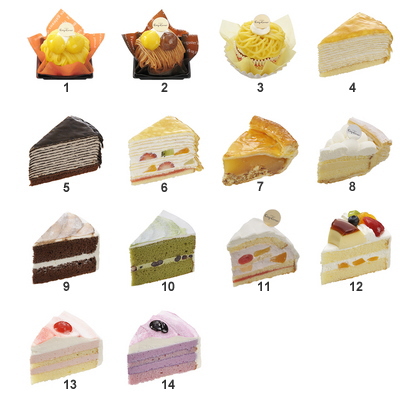 Talk about the varieties of cakes in Japan. Its ridiculously too much (IMHO) that sometimes you even get confused as to which to choose. Its like you are very firm that you want a chocolate cake, but when you are right in front of the cake counter, not only the varieties, the fact that all the chocolate cakes look equally delicious get you confused. These slices are picked up from a chain cake store in Japan.

Since Christmas is round the corner, so for those sweet-toothed.
You won’t add calories to your body just by checking these out (^_-) 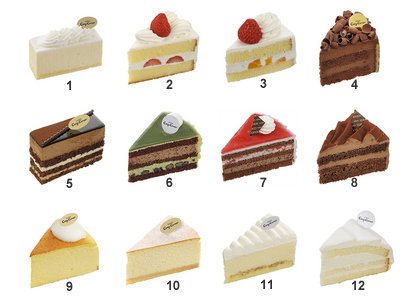 Introducing the Single Sheet Cutter, an interesting tool invention. This tool only cuts the top sheet when its run over a stack of papers. Other than the top sheet, underlying papers remain intact. The opposite theory of what a traditional cutter (the cutting as much as possible) should be. Isn’t that fantastic?

This one cutter alone can support the cutting of paper materials of different sizes from thin to thick like newspapers or magazines, etc.

Impressive technology!!
I will get myself one to show my support for it. p(^_^)q 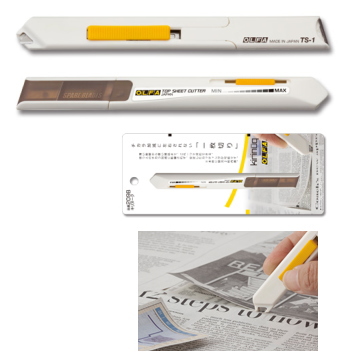 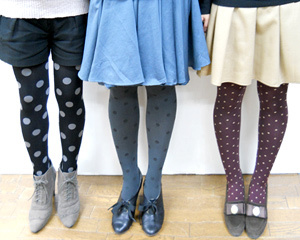 Do you know what are the representative souvenirs in Kenya?
I received a paperweight today.
Most probably, you can’t tell from these pictures, they are made of stone and are quite heavy. 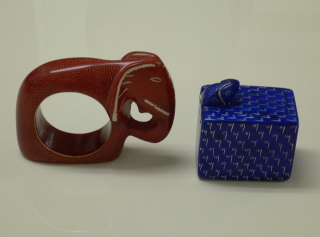 Sort of love the bright color when the cover stays shut. 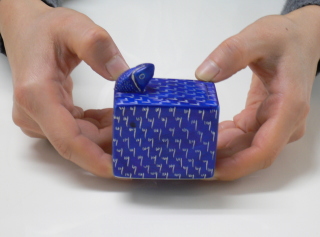 And when you try to open the cover….. Oh, is this supposed to be interesting?
I am truly sorry to sound sarcastic. This is supposed to be a souvenir and I should show my appreciation m(＿ ＿)m 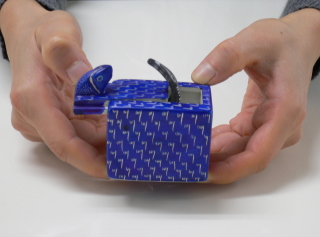