The morning when it snowed, the room was freezing. Lying on the bed, I could hear the sound of the falling snow. Unlike the rain that goes pitter patter, snow is almost silent. But it has a rhythm that just sound so pleasant, so soothing to the ears.

The curtains, drawn aside to reveal falling flakes and streets engulfed in snow! Of course, my excitement hit the max! It rarely snow in Tokyo and this was the first this winter.

Deciding that I need a celebration, I took a train downtown to Tokyo dome.
And this proves to be an extremely bad decision!
Many times, I came close to stumbling due to the slippery ground from the frozen ice (>_<) Next, the train!
They stopped operating due to the heavy snow (v__v`)
Unbelievable! This could happen in Tokyo!?

I got myself home, finally after some big efforts. What is so interesting about snow? It sets me thinking…
But next year, I will still be looking forward to the snow again, I know.
That’s how human are, full of contradictions (LOL) 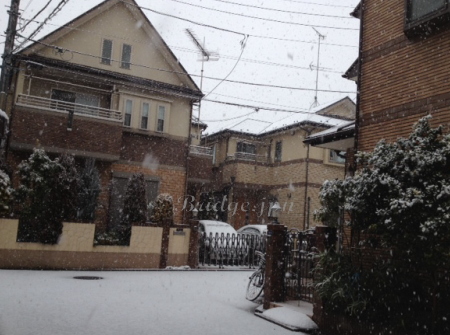 The pictures are the only merit I could find for travelling down to Tokyo dome on a snowing day. And not to forget, lunch buffet in the hotel (^-^)v 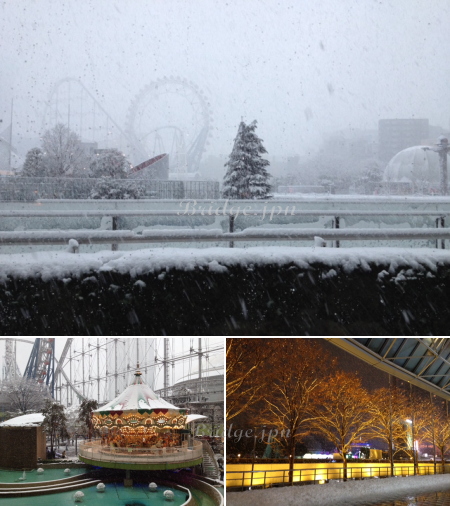 The next day after the snow. They streets look so dirty. Where is the pure white, fluffy image of snow?? 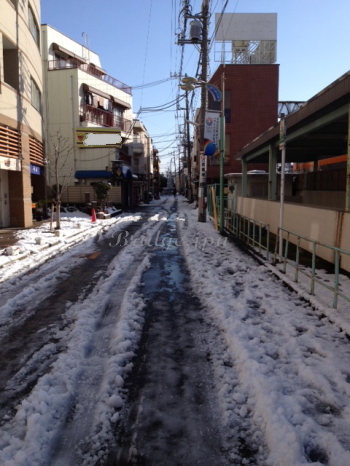