The famous humanoid robot ASIMO, developed by HONDA.
Doesn’t he look like a cute, intelligent but “underage” astronaut?

The technology of ASIMO had made tremendous advancement within a mere 12 years. Behaviour of ASIMO get closer to that of human beings and arms, legs movements became very much natural as compared to older types.

So if I were to own ASIMO, what will be his first assignment?
Without thinking twice about ASIMO’s small built, I want him to carry me in his arms, walking up & down the stairs. (This is not “child abuse”, but a pure silly dream of mine~~ ) 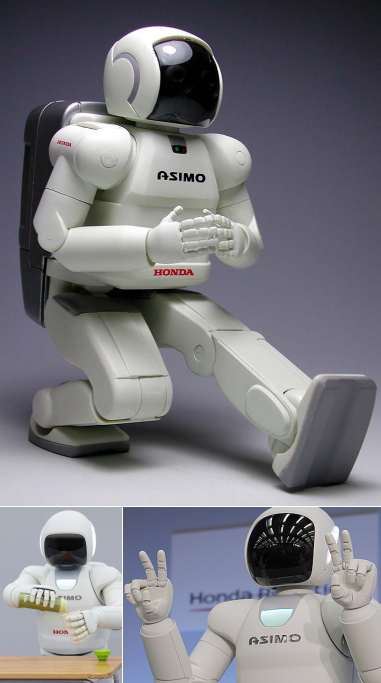