UNIQLO is well-known for clothing with good clothing at affordable prices. Perhaps the most famous representative revolutionary products were “heatec” and “coolbiz”.

Though UNIQLO is expanding worldwide, still, some items are only limited for sale in Japan. I picked up some interesting T-shirts. These are the collaboration works between UNIQLO and famous Japanese food companies having very long history.

UNIQLO & Okame Natto. In short, Natto, fermented soybean, is a traditional food for breakfast. You either love or hate them because of the smell.
The character Okame, with her nostalgic face has been the representative logo of Okame Natto . Doesn’t she look cute? 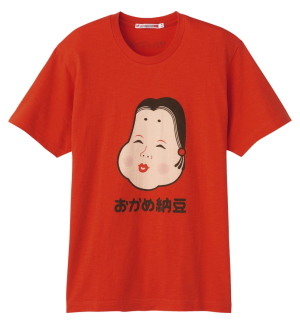 Kuidaore Taro, is a famous mascot character from Osaka. Being the star of a restaurant, he became well-known only after retirement. He makes occasional appearance on TV. Sounds crazy, but the last time he went travelling, it even made news on TV! 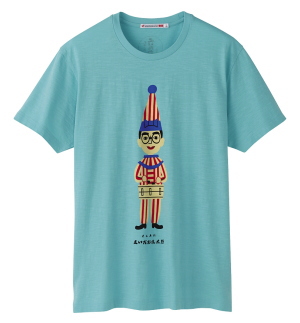 Even “Yotsuba”, a Hokkaido butter company, joined forces with UNIQLO! The butter in the picture “with salt” version. Why don’t they make the one with “No salt” version?? 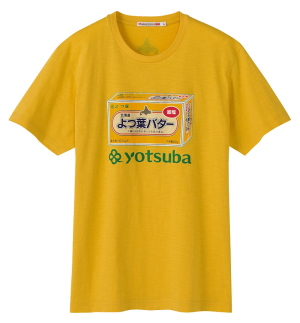 “Tengumai” is Japan’s sake manufacturing company. Good choice with the logo. It looks cool and very traditional. Too bad, I don’t drink, so I won’t have a chance to know how they taste. 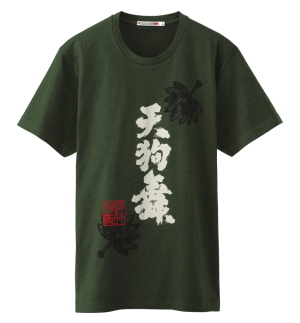 Ok, that’s about all. Do inquire with us if you want any UNIQLO items that are only limited for sale in Japan. We buy and send them overseas.