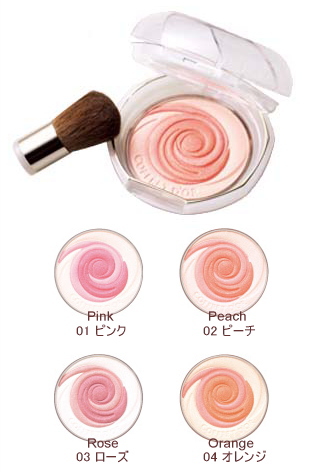 “Smile Up cheek” blusher by kanebo clinched the @cosme Grand prix award for the first half of Year 2012. Favored by a large number of users, it earned high ratings of 5.1 (7 for full) calculated from 1221 reviews up to this date.

“Smile Up cheek” blusher contains set of 2 cheek colors and a highlighter. Its very soft and blends in well with the skin and application is simple too. Apply circular strokes around the cheek to create a very natural, flush radiant look.

And that’s it. The skin looks natural and beautiful. 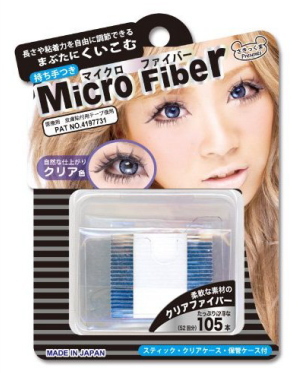 Micro fiber tape is a eyelid maker which was released recently, but wins popularity in Japan.

Attractive points about it : 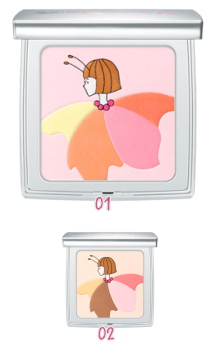 Popular cosmetic brand RMK, came up with special edition cheek palatte, to celebrate their 15th anniversary. The design is created with the image of a little fairy dressed in petal. Looks cute? Does it capture your heart? It could make a fabulous gift too.

A 6 colors set that has its color balancing considered and it is limited edition.
Just mix the colors with a blush to give a natural clear coloring and add a touch of glossiness to the skin. 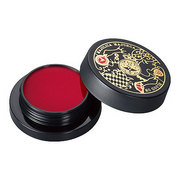 This limited edition (limited stock) dual purpose makeup for the cheek and lip is a new release.

Application on the lip adds a faint shade of red to it and the result is natural.
The trick to achieve a florid complexion or enhance the coloring is to use it as a base, prior to the application of cheek makeup or lip gloss.

Reviews are good, with many saying that the result was very natural although they were surprised by the “blood-color like” when they first opened up the cover.
To add-on, some users even use for their eye makeups.

In all, this is a really convenient multiple usage color enhancement makeup.

BB (blemish balm) cream which is used as a base make or concealer is extremely popular in Japan. My pick will be Evangelist BB cream because of the high ratings it got in the base make up category (pickup from @cosme). The common positive reviews of users are: 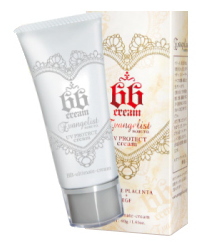 These data showing the skin type and age groups of the 2300 over users who use Evangelist BB cream was picked up from the same site. According to the data, combination skin which is the most difficult to take care of and users in age group early 30s tops the majority. Hope this information do serve as a useful reference to you.

Sunscreen or sunblock plays a very important role when it comes to anti-aging measures. Many brands of sunscreen are available in Japan. Today, I will just pickup two that enjoys high rating here. 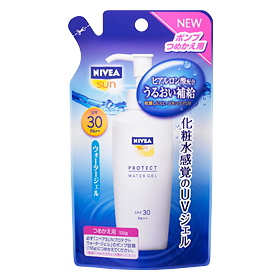 The top in ranking is “Nivea Sun” which is a product by KAO. For few years, it has been awarded as one of the Best Sunscreens in Japan. If you happen to be checking this article by chance, it will be good to know that Nivea sunscreen is probably easily obtainable in most part of the world and it is very affordable.

I will translate some common positive reviews about it from the users:

The amazing part is that I don’t really see much negative reviews from users out of the 2904 write-ins. I just pick up two for your information.

ALLIE by Kanebo, released 9 months ago is a more expensive version which is slowly gaining in popularity. Of course, the deserved to be mentioned point is that Kanebo is a very famous cosmetic company in Japan. Over the years, they had released many series of sunscreens and the series are constantly improving. 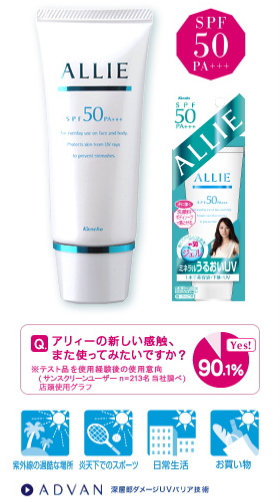 Ok, here you go. These are the positive reviews from users.

And not forgetting the negative review from users. Like the Nivea Sun, ALLIE also doesn’t have much negative reviews from the 1211 write-ins. Again, I picked up two.

My Opinion:
I will reserve my comment for these two products since I have yet to give them a try. Speaking about preference, I will prefer SPF higher than what Nivea offers (30). I am currently using Annesa by Shiseido, which I am quite satisfied with the texture and how well it blends into my skin. I think I will stick to it for a while more and switch to ALLIE if I have chance.

Its time to update the once in a year Top 3 Best Cosmetic Awards announced by @cosme (a big cosmetic portal site in japan). The latest result came out this just a week ago and the grand prix award goes to the following 3 items: 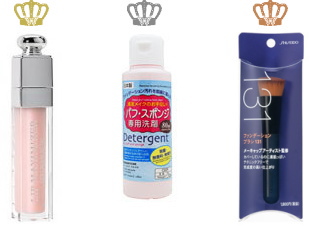 For the first time, they even make the English version.

This is a continuation of the article that I had touched on earlier about the face up power by kanebo. It will begin selling 2 weeks later for a limited period of time only. The next version will come out a year later if you miss out this one.

Here it is, if you would like to recall a little bit about the article.

Today I will touch on how to achieve the skin transparency look (radiant, glow) using this face up powder. This is picked up and translated with reference from kanebo site. Face up powder is applied only after base and foundation.

On the issue whether its the Cosmetic Power that makes Japanese women shines, I will leave it to you to think about it (^_-) 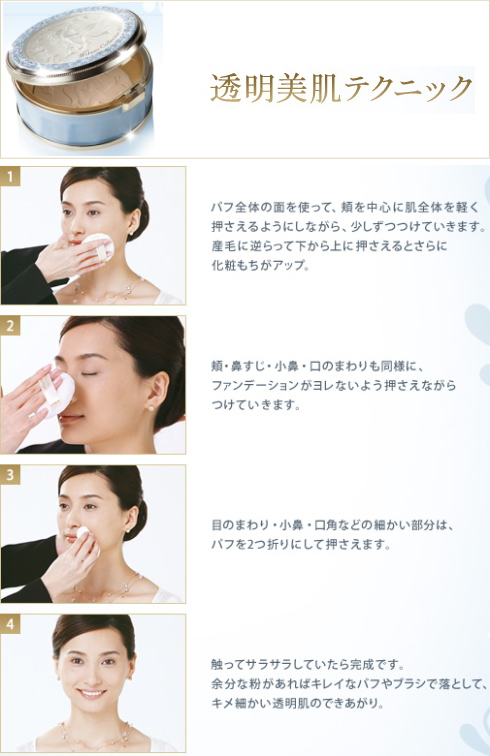 Here is a little additional information that I picked up from the cosmetic portal site that might be of reference to you. It shows the skin type of the 1000 over users who use kanebo face up power and from the data, combination skin which is the most difficult to take care of tops the majority. Hope this information helps.

To all cosmetics crazy fans out there!

@cosme, a large community site (in Japan) gathering information on beauty products, had compiled the top 3 beauty items for year 2010.

Note that reviews were computed based on number of users’ feedback and ratings base on the scale 0~7 points for all involved products.