Was it a year ago? The big earthquake which amounted to a near 20 thousand deaths and people missing.

On that day, the seismograph registered an intensity 5 even in Tokyo. For the first time, I experienced such strong quake. I could recall that the building was swaying so much that I wouldn’t be surprised if it came tumbling down.

Though what I had experienced was nothing compared to people in Tohoku (Northeast) & Fukushima who lost their family members and homes due to the tusnami, the impact was so big that I could vividly remember until now.

Today, Japan’s TV host special program about 3.11. I was made to recall once again how powerless humans are towards earthquakes and tsunami, when painful images of the day were played.

I recalled Jupiter, a song by Ayaka Hirahara.
It was originally released in year 2003, but there was an increased dedication request recently, after the earthquake. It was said that this song somehow bring hopes to lots of people.

This new generation intelligent beverage vending machine has been the talk of the town since its release last year end.

I had my first encounter with it within the train station itself. To my amazement, the machine’s size is big! Not only is the display liquid crystal of supreme high quality, its touch screen operation and also equipped with innovative functions. In short, high-tech and images are crystal clear.

Firstly, I did a little observing on the machine from some distance away. When nobody was around, the machine will auto display beverages which it “analysed” best suits the temperature and time. 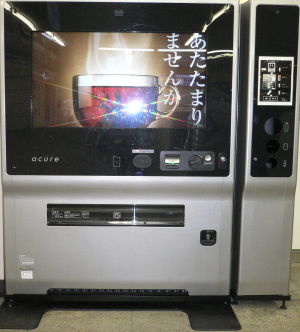 Next, I went a bit closer to the machine (within sensor boundary). The screen automatically switched to show the list of available beverages. Is it my imagination that all beverages look delicious? 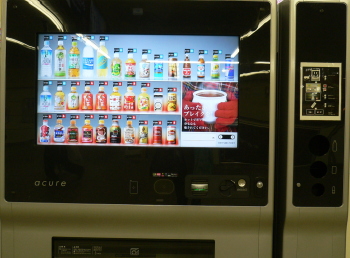 Then I proceeded to position myself right in front of the machine. And know what? The machine tried to recommend drinks that it thought best suited me, by displaying “For you” indications besides some of the beverages.
According to information by maker, this machine actually made recommendations after analyzing customer’s age, gender, time and temperature during purchase. Wow, cool! Doesn’t it sound superb to have a machine estimating your age? They probably count wrinkles, blemishes… 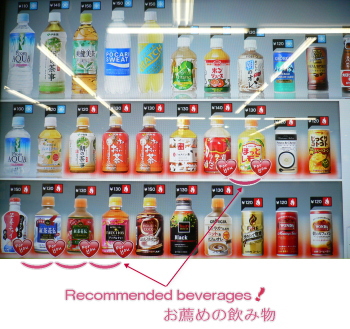 And what you had chosen will be shown large on the screen. After confirming the price and item, pay and that’s it. You still have the option to cancel this transaction! Isn’t it convenient? 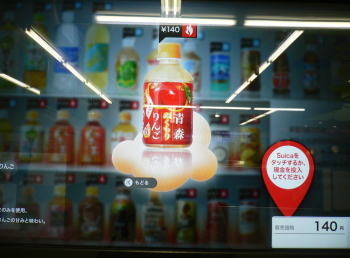 Elpida was made up of NEC and Hitachi which manufactures memory chips. They are Japan’s only surviving DRAM maker and are supposed to have the top technology in the world. It comes as a great pity that they need to abandon DRAM business.

I think nobody can deny that Japan’s brands has very high class and high quality image. Somehow, it is very ironical that it took decades to build a name, but one moment is all it takes to become a “legend”. I really hope that they will make a comeback someday.